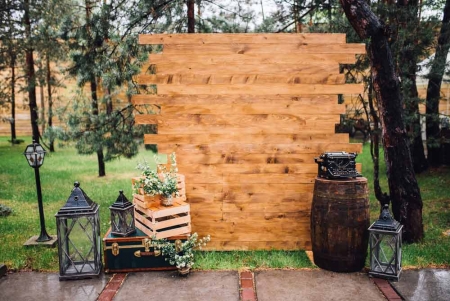 Many of us will want to make events such as private parties and weddings as unique as possible, which means that we’ll often hire a photo booth for them. What some may not realize is that there are two main types of them available, both of which have their pros and cons.

The first of these is what you might envision when you think of them; an enclosed photo booth. These are the classic models and have four walls that offer a significant amount of privacy when you’re taking the photos.

The other major type is what’s known as an open-air photo booth. Unlike its counterpart, these don’t have the sidewalls, and they may even be lacking in a backdrop. The part that houses the camera is typically smaller than an enclosed booth and offers a sleeker design.

While you may already have a preference of which one of these you’ll want at your event, many people may not. Outside of the obvious stylistic differences, both types of photo booth offer their advantages but also come with a few drawbacks.

As such, you may want to know what each of these are before making your decision. Many people might believe that capacity will be one of the key differences between the two types. While open-air booths tend to have slightly smaller cases, there isn’t much of a difference between how many people they can handle.

The reason behind this is that both open-air and enclosed photos booths are designed in various sizes. As such, you should be able to find either type of booth that can handle as many people as you might want.

Advantages Of An Enclosed Photo Booth

The privacy that these booths provide allows for more creativity when the photos are being taken, which means that the images themselves can be much more unique. Alongside this is the fact that many introverts may avoid booths that don’t offer such privacy.

Enclosed photo booths are also much easier to find than their open-air counterpart. Much of this is driven by the fact that they’re much bigger, thanks in large part to the four walls. The walls could also mean that you may be able to find a more unique booth that better matches your event’s style.

When it comes to the overall event’s style, this can help add a classic touch that many people will enjoy. This could be enhanced by the various design and style choices that you might be able to find, although these can be much more limited than you might want.

Disadvantages Of An Enclosed Photo Booth

As enclosed photo booths are quite large, they’ll take up a significant amount of space, which could be a problem for many people. As such, they may be unsuitable for events that only have a small amount of available space.

While the booths may not seem huge by themselves, you’ll need to consider any props that you might want to be included, as well as the possibility of queues. Some factors could make the booths unsuitable for a particular venue.

Many people may also believe that enclosed photo booths are outdated. While they can help bring a classic vibe to an event, there are a considerable number of people who may think that it’s much too traditional for certain parties. This could also mean that they mightn’t match your event’s décor.

In many cases, these can often be somewhat more expensive than their open-air counterparts. There are a few types of event where enclosed photo booths have proven to be popular, which means that they can be highly recommended for them. These include:

Advantages Of An Open-Air Photo Booth

The most noticeable advantage to open-air photo booths is that they need much less space than enclosed ones, which means that they can be placed in almost any venue with ease. While you might want to place your own backdrop across from the camera, this also shouldn’t be too sizeable.

This avoids the need to worry about having a bulky booth situated somewhere at the venue, taking up a considerable amount of space, which can be a problem for many people. As an open-air photo booth has a sleek and stylish design, it can better fit many events, especially weddings where elegance and style can be vital.

Open-air photo booths are also much more inviting to people, as they have a somewhat more welcoming appearance than enclosed ones. Alongside this is the fact that the lack of walls provides much more openness than others, which means that it should be able to fit many more people than enclosed ones.

As a result, you may be able to find that photos of larger groups can be taken when compared to enclosed booths.

Disadvantages Of An Open-Air Photo Booth

The most notable disadvantage of an open-air photo booth is that it lacks privacy, which can be a problem for many people. This is primarily because many of your guests may want to make silly faces or poses when they’re having the pictures taken.

Many people will want to keep these photos more intimate, so there’s a significant chance that they wouldn’t want any of the other guests watching when they’re being taken. This isn’t an option with an open-air photo booth.

What you mightn’t have thought of is that these booths can be overlooked at many events, especially if it’s a large and busy party. Much of this is driven by how small the booths are, which means that many guests may walk past it without realizing it.

The last major drawback is that the pictures that these booths take may feel like a selfie, especially if there’s no backdrop to the photo. The only significant difference between taking a selfie with a phone and having a picture taken here is that your guests don’t need to hold the phone.

This could mean that the booths mightn’t be ideal for certain events, such as private parties. There are a few types of event where these may be best suited for, including:

In many cases, the small things are what can make any event stand out, be it a wedding, corporate party or any other special day. As such, you should ensure that you make the right choice of photo booth for your particular day.

Both an enclosed and open-air photo booth will add unique touches to your event, so you should spend a certain amount of time thinking about the decision. Alongside this, you should look for a booth that matches the event’s overall style and look.

This shouldn’t be too difficult once you know how the day itself will look, although it may take a certain amount of time to find the right photo booth for you.

David has been working in the Photo Booth rental business for over 9 years and brings knowledge and experience to The Photo Booth Pro team. Previously a professional photographer, he brings a creative and unique viewpoint on what businesses should be looking for in the Photo Booth  equipment industry. Website: https://thephotobooth.pro

Hiring a photo booth? Here's what you need to know Top 5 Photo Booth Styles for your Next Corporate Event

Dates can fill fast in busy seasons so reserve your event date before it's too late!